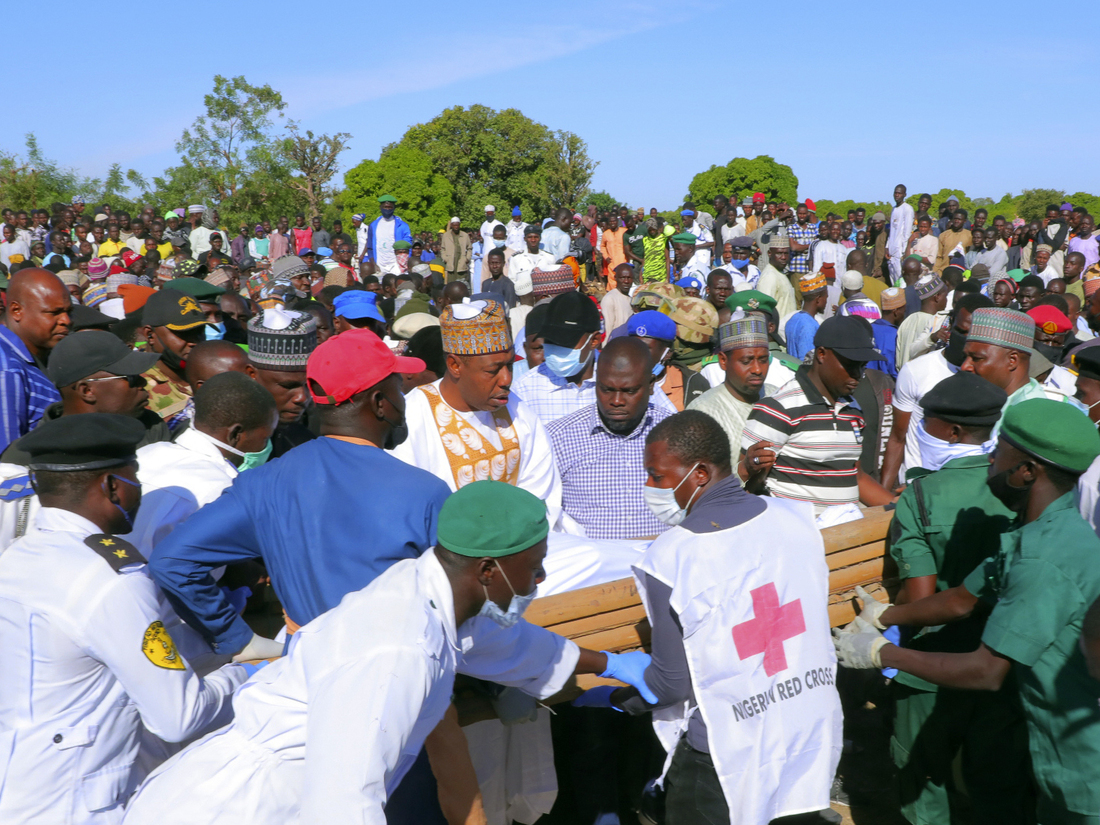 People attend a funeral for those killed by suspected Boko Haram militants in Zabarmari, Nigeria on Sunday. Officials say armed men on motorcycles reportedly killed at least 70 rice farmers and fishermen while they were harvesting crops in northern Borno state. 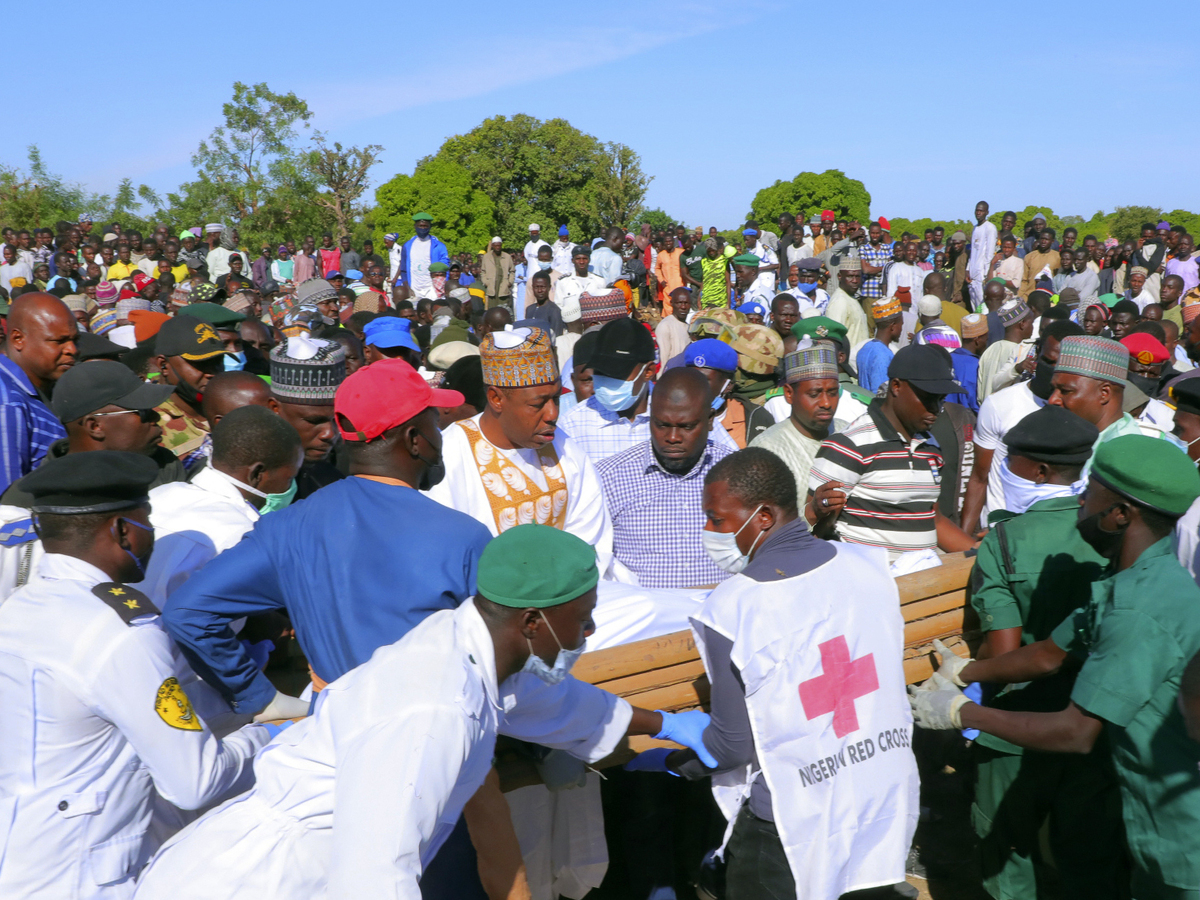 People attend a funeral for those killed by suspected Boko Haram militants in Zabarmari, Nigeria on Sunday. Officials say armed men on motorcycles reportedly killed at least 70 rice farmers and fishermen while they were harvesting crops in northern Borno state.

Officials say the attack occurred Saturday in the country’s Borno state. Multiple outlets report that suspected Islamist militants attacked the farmers while they were harvesting the fields in a rural part of the state.

Residents told Reuters at least 70 were killed during attack. A U.N. official in the region, Edward Kallon, said “tens” of civilians were killed.

“The incident is the most violent direct attack against innocent civilians this year. I call for the perpetrators of this heinous and senseless act to be brought to justice,” said Kallon, who serves as the resident and humanitarian coordinator in Nigeria.

The U.N. Security Council said that “those responsible for these terrorist attacks should be held accountable.”

Reuters reports that 30 of the victims were beheaded in the attack. At least ten women were reportedly still missing as of Sunday.

Though no one has claimed responsibility, Reuters and the BBC note that at least two militant groups are active in the area: Boko Haram and Islamic State West Africa Province.

Both groups have carried out massacres in the region before. More than 37,000 people have died in incidents involving Boko Haram, the Council on Foreign Relations estimates.

Nigerian President Muhammadu Buhari said: “I condemn the killing of our hard-working farmers by terrorists in Borno state. The entire country is hurt by these senseless killings. My thoughts are with their families in this time of grief. May their souls rest in peace,” the BBC reported.

On Sunday, 43 of those killed were buried in a service, according to Reuters, where the governor of Borno, Babagana Zulum, called on the federal government to recruit more forces to protect farmers in the area.

Zulum also made reference to rising food prices in the country, while speaking at the burials.

“In one side, they stay at home [where] they may be killed by hunger and starvation, on the other, they go out to their farmlands and risk getting killed by the insurgents,” Zulum said, Reuters reported.